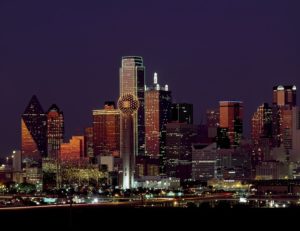 As home to over a dozen companies on Fortune 100’s Best Companies to Work For list, Texas is a great place to found your startup. The tech scene in Dallas is one of the most diverse and fastest-growing in the United States, and Austin recently scored first in CNBC Metro’s 20 best places to start a business. Before you commit, however, here are a few things you should know first.

Texas is the oil capital of the United States and produces more crude oil than any other region in the country. Not surprisingly, this has led to Texas being a hub of the oil & gas industry and the headquarters of most major oil & gas companies. It’s also home to nearly 44% of the country’s operating rotary rigs which produce over 3.5 million barrels of crude oil a day.

2.  Texas Is One of The Most Populous States In The US

With approximately 25 million people, Texas is the second most-populated state in America. Its nickname, “The Lone Star State,” is a reminder of its struggle for independence from Mexico. Even though it won that struggle, Mexico and the US have maintained close diplomatic and political relations – Texas is a hub of those relations.

Home to 2.4 million small businesses, Texas is a major hub of SMB activity. As a matter of fact, large and midsized organizations make up less than 2% of the state’s total registered businesses. Small businesses also employ 45.6% of Texas’s total employees.

With 2.24 million residents, Houston is the largest city in Texas. It’s also the fourth largest in the United States, trailing only New York, Los Angeles, and Chicago. More than anything the city is known for its racial and ethnic diversity – more than 145 million languages are spoken here, and it’s deemed the number one city in America for young couples.

5.  Dallas is Held Up By Many As The Next Silicon Valley

Austin isn’t actually the true hotbed of startups in Texas – it’s Dallas. Hosting the headquarters of nearly two dozen Fortune 500 companies, Dallas is home to 25 billionaires and has more than 50 colleges and universities which produce talented graduates for a wide range of industries.

Be Ready for Business

This entry was posted on Monday, October 23rd, 2017 at 8:12 am and is filed under Starting A Business. You can follow any responses to this entry through the RSS 2.0 feed. You can skip to the end and leave a response. Pinging is currently not allowed.