The Three Best Industries For Starting A Business In Michigan 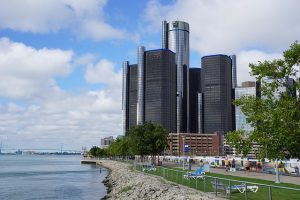 If you’re thinking of becoming an entrepreneur, you could do a whole lot worse than Michigan. In a lot of ways, Detroit has the potential to become the next Silicon Valley. And anyone with the wherewithal to tap into that may well change the world.

As with any hub of innovation and development, there are certain industries in Detroit that are a safer bet than others – here are the State’s top three.

As the home of the world’s first concrete road and a national capital of the automotive industry, Michigan was until recently in decline as manufacturing moved overseas. However, something’s changed – there’s a revolution brewing in the industry, and a new generation of digital, Internet-connected, and self-driving cars will revitalize both Detroit and the state itself.

In short, if your startup is involved in any way with cars or factories, Michigan is hands-down the best place in America for you to be.

It’s easy to forget that cars aren’t the only big deal in Detroit. Michigan was also home to the world’s largest dairy herd. It has a booming farming industry supplementing its manufacturing core. As such, if you’ve got it in your head to work with farming tech, this is the place to be.

Last but certainly not least, Michigan is one of the three states where clean energy is experiencing a renaissance. Even as the Trump administration threatens to cut back federal funding for climate change initiatives, decision-makers in the state refuse to abandon renewable energy, which to date has already created 87,600 jobs. Not only that, Michigan has already enacted several bills that up incentives for climate-awareness and sustainability.

Working in Michigan, you can not only change the world, but also save the environment – both greatly worthy goals.

There are many reasons to start a business in Michigan. Especially if you work in agriculture, automotive, or clean energy tech, its startup scene is on the verge of some explosive growth. The state has set multiple records for the production of goods and services, and as the home of several of the world’s leading automotive manufacturers, stands to gain more than just about anywhere else from the new era of digital cars.

And if you need any help getting your startup here off its feet, we’ve got you covered. We even created a one-stop resource for Michigan entrepreneurs. Check it out – and give us a call if you want to learn more!

This entry was posted on Monday, November 27th, 2017 at 2:01 pm and is filed under Starting A Business. You can follow any responses to this entry through the RSS 2.0 feed. You can skip to the end and leave a response. Pinging is currently not allowed.