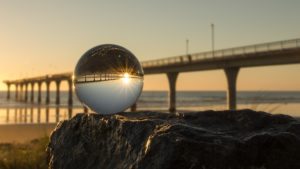 Have you ever looked at someone and immediately thought “they’ve got life figured out?” If you said anything other than ‘yeah,’ you’re probably lying. We’ve all got stuff we could do better, after all – and as an entrepreneur, it can often feel like you’re barely keeping your head above water.
There’s no shame in admitting it. I’ve been there. I think we all have, at one point or another.
But you can pull yourself out of whatever funk you’ve fallen into. You can do things more efficiently and effectively. You can be better. And you can do so by following the example set by some of the world’s most successful CEOs.

Have you ever noticed how Facebook founder Mark Zuckerberg always seems to be wearing the same nondescript, gray shirt? There’s a reason for that. According to the 31-year-old billionaire, it allows him to stay focused and expend as little energy as possible figuring out what to wear for the day – leaving him with more energy to work.
Not only that, his Palo Alto property is modestly-furnished and relatively sparse – again, leaving him free to focus on his work. Extravagance is something he sees as a distraction. And he’s probably right.

The image of someone looking at themselves in the mirror to get psyched for the work day seems almost cliched – but apparently, it’s something Steve Jobs did regularly.

“For the past 33 years, I have looked in the mirror every morning and asked myself: ‘If today was the last day of my life, would I want to do what I am about to do today?,’” said Jobs in a 2005 interview. “And whenever the answer has been ‘no’ for too many days in a row, I know I need to change something.”

So every morning when you wake up, look at yourself in the mirror and ask about your life. Tell yourself that you’re going to learn from your past mistakes and successes, and be better today than you were yesterday. And believe every word you say.

By starting every morning with a pep talk, you’ll get yourself in the right headspace to be productive and efficient. You’ll remind yourself that failure has nothing to do with you. And more importantly, you’ll set yourself up for success in both your personal life and your career.

Most of us have gotten pretty used to a desktop with only a single monitor. Bill Gates, however, thinks that’s about two too few. According to Gates, he uses one monitor to display incoming emails, a second for whatever he’s working on, and a third to display his actual desktop. This allows him to effectively multi-task without getting too distracted – he can jump over to one monitor to respond to an important email, then go back to his main monitor to keep working.

This entry was posted on Sunday, June 25th, 2017 at 2:13 pm and is filed under Small Biz Management. You can follow any responses to this entry through the RSS 2.0 feed. You can skip to the end and leave a response. Pinging is currently not allowed.