What YouTube Celebrities Can Teach You About Marketing Your Startup 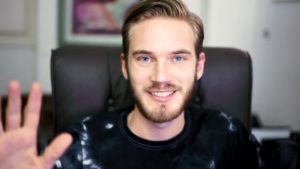 At the time of writing, Felix Kjellberg – alias PewDiePie – is the most popular YouTube celebrity in the world. The 27-year-old content creator has tens of of millions of fans, and though he remains modest (and rather quiet) about his income, it’s likely somewhere in the millions.

And somehow, he got this far simply by playing video games. Amazing, right? Not exactly.

If you pay attention to his channel, he does a whole lot more than game. Kjellberg is a performer. A charismatic master of marketing. His onscreen persona blunders through games with a goofy, frantic charm, and his candor helps him connect with his audience in a very real way.

You can – and should – learn a lot from people like Kjellberg. Even if he works in a different industry, he is like you. An entrepreneur – a man who blazed a new trail into a previously-unexplored industry.

So…what lessons can you take from his videos, exactly?

YouTube is the largest content creation network on the web. It’s no surprise, then, that the people who dominate it can teach you a thing or two about marketing. Go and watch a few videos yourself if you still don’t believe me. You might learn something.

This entry was posted on Thursday, June 1st, 2017 at 8:41 am and is filed under Starting A Business. You can follow any responses to this entry through the RSS 2.0 feed. You can skip to the end and leave a response. Pinging is currently not allowed.