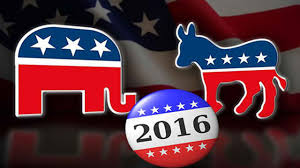 Something we’ve been hearing over and over recently from clients and potential clients alike goes something like this: “I’m going to wait until the election is over to see if I should start my business” or something similar. Some existing business owners have said similar things in regards to expanding their business, spending money on marketing or capital improvements, etc. Basically, they want to see what the political environment will be like before pulling the trigger on any big decisions.

While that seems like the prudent thing to do, let’s go over the reasons why that might not be the best strategy:

1. Gridlock will be likely:

Hillary Clinton, should she win, will almost certainly be dealing with Republican majority in the House and maybe the Senate. Republicans only need one house to block any meaningful legislation. There’s also a lot of “bad blood” going around this election season so there’s yet another reason why the 2 parties are likely not to agree on much – in this case, gridlock of our government is a “feature, not a bug” so when American’s can’t agree, the government usually can’t either. Also, recent scandals (emails, Benghazi, etc.) may cause both parties to fight from day one.

Donald Trump, should he win, will also be dealing with a hostile congress, even if it is Republican majorities in both houses. He’s made many enemies in his own party, in particular, Paul Ryan who is the Speaker of the House. Trump getting much legislation through in this environment is unlikely. Also, the Democrats will be extremely angry at his tactics to secure the Presidency so they’ll likely be willing to block anything just to spite him.

In the small business world, speed, momentum and being able to test your product, message, marketing and other things is critical. Speed is one of the main advantages of small business. If you wait around for months to even start a business or spend money on improving your business you’re likely to lose momentum to other competitors. Speaking of…

3. Your best competitors will not have such hesitations

Many have written about the vast fortunes that were created in recessions/depressions and challenging political environments. The lesson is that while their competitors were petrified to move or even downsizing, smart entrepreneurs were taking advantage of tough times to “buy low” (investments, property, etc.), expand their business, simplify and streamline their operations and keep moving forward. Recessions are usually a convenient excuse to not do anything.

Should I worry at all?

Sure, any political or economic environment is unpredictable by nature, but these worries are usually not justified for small businesses or startups. It’s large companies that have the most to lose. Small business is nimble, quick to adjust and ultimately much more suited to survive the worst. Focus on the positive, the opportunities that even bad environments can bring and you’re much more likely to thrive.

One or two of these will help you make a living.

Three or four of these will make you successful.

Four of five of these will make you a legend.

Five or six of these will make you iconic for all time.

All seven will make you Steve Jobs.

Small Business Can Save America

Bad news is all around us and only seems to be getting worse each day. Our nation’s leaders are deadlocked about how to solve our problems while the president runs amok with promise and rhetoric that don’t translate to his ability. Unemployment is soaring and the deficit has reached the stratosphere. China is taking the lead as a global power while the USA falters…and our younger generations don’t seem to care that our nation is getting worse, not better.

In a great article from USA Today, a plan is proposed that it’s time for small business to come to America’s rescue—and it can be done. Just as it’s been done before. More than 20 million new jobs—many from startups that grew into billion dollar companies like Amazon.com and Starbucks—were created during the great boom of the Clinton administration. During Reagan’s presidency, great economic progress was fueled by the sentiment that small businesses and entrepreneurs could account for almost all of that growth.

It’s a fact that small business helps America. According to the Small Business Administration, an astonishing 99% of companies with payroll are small businesses—and those companies employ more than 50% of the working public and create an impressive 80% of new job growth.

Small business propels the country forward—and if our stubborn political leaders want to get our country moving again and reclaim our spot as the greatest nation on earth, they need to start putting forth the policies that help small businesses and entrepreneurs do their job. According to the World Entrepreneurship Forum, a global think tank dedicated to small business, some top methods for promoting entrepreneurship include:

If we had a comprehensive 21st Century Entrepreneurship Act it would include tax reform and regulatory ease. It would include immigration reform to woo the best and brightest entrepreneurs and engineers to our country. It would increase access to capital and help more startups actually start up.

Now Washington just needs to wake up and give small business a chance to save America. Write or call your congressperson and tell THEM to get to work!

Happy New Year everyone! Let’s make it a great 2011. This is, of course, our busy season but I ran across a good post that I wanted to quote for you here:

Every morning, we all wake up, and our houses may be worth less than the mortgages on them, and our 401(k)s may be worth less than our lunch, and our salaries or revenues or consulting bills may be down – maybe even down a lot – but we’re waking up in the U.S. of A., where every day is another chance to kick ass and take names.
Buck up, everyone, and go and achieve excellence.

It’s been a rough few years for most people in the USA, but hardly as bad as 90% of the people on planet Earth have it – most of them would gladly change places with you if you live in the USA. Always remember there is still plenty of opportunity in this great country. Never forget that each day is a new chance. 🙂

Mark Cuban, billionaire owner of the Mavericks and serial entrepreneur has written a fascinating blog entry on the best way to cure America’s (and indeed the world’s) economic problems.

He shows why the debate about tax cuts and capital gains is unproductive:

His solution is what has always been the driving force behind the American economy:

The cure for what ails is us the Entrepreneurial Spirit of this country.Â  We are a nation of people who encourage , support and invest in those of any and all age, race and gender who will use their ingenuity and come up with a new idea.

Its always the new idea that re energizes this country.Â  Industry, manufacturing, transportation, technology, digital communications, etc, each changed how we lived and ignited our economy and standard of living. Tax policy has never done that.Â  The American People have.

So what is the specific solution? :

What we need is our candidates to stop yelling at each other and starting looking at the American people and encouraging the best of who we are.Â  That is who I want to get behind. That is what I would like to see for our country. That is what will energize and motivate people to create companies and invent products that willÂ  turn the economy.

The best time for little guys to start a businessÂ is when the big guys are worrying about surviving in theirs. You dont need to raise money. You need to be smart and be focused.Â  I had no idea until this current financial crisis that when I started MicroSolutions, my first company, it was in the middle of a very bad recession. I had no idea whatsoever. I didnt know what the tax rates were, and I didnt care. I had an idea, a floor to sleep on and a lot of motivation.

Now is the time for Entrepreneurs to step up and do our part for our country. Its up to us to start businesses and create jobs. That is the cure to this country’s economic problems.

So there you go, starting a business or managing and growing your existing business will get us out of this economic mess and back on the road to prosperity.

I also recommend his other article: The Best Equity is Sweat Equity, especially for those concerned about raising startup capital in this tight credit market.